“Horse whisperer” – the film starring Robert Redford probably saw most horse lovers. The term, however, was coined by another: The American Monty Roberts. He is known all over the world and anyone who has ever seen a show of his may see the world of horses with different eyes.

Meanwhile, Monty Roberts is over 80. He is once again in Europe at Equitana 2019. Monty Roberts settles on horses, knows how to deal with them because he goes into their world and so solves problems that seem intractable to many people with their horses.

I’ve met Monty before, even before a show. He chose the horses for the evening’s show to show his methods. He only wants three horses for the whole evening and Monty doesn’t pick the easiest of candidates. There were many problems between man and horse. They certainly don’t want to get into a horse trailer or a rider on top of it or they didn’t want to go over tarps lying on the ground.

What to do if the horse does not want what man wants?

A horse owner tells before the show that while her big brown is ‘ super dear ‘, it is very panic and therefore difficult to handle. He’s afraid of anything that moves, of sounds he doesn’t know, corners he can’t see. He certainly does not want to go into the horsetrailer. He’s just scared. To view, she wants to lead him into the hanger, the brown dodges sideways, the owner almost puts herself in front of him, kisses him on the nostrils and rails “come on,” but her gaze says, “You don’t have to.” Little wonder that the poor horse then preferred to stay outside.

The primal instinct of horses also works between horse and human

In just half an hour with a horse, Monty Roberts wants to show what’s possible. A young mold mare must learn to submit to a human being. But can a problem that has arisen over years be solved in just half an hour? Monty Roberts explains that he awakens patterns of behaviour and instincts in the horses that nature has given them. “I clarify the ranking as if in a herd,” he says. “Once it has been clarified, everyone is complying. Then only small gestures are enough to show who is in charge.

As in a herd, therefore, the ranking has to be clarified. Monty doesn’t know the horse, but he knows full well: This primal instinct also works in the horse and human relationship. He makes it clear: He’s the boss. To do so, Monty sends the horse away from him first. But then he offers the horse to rejoin him. The mold mare wants to go to Monty. Completely without a leash. For the horse, Monty is a guide animal that provides protection and safety.

“It’s common in dealing with the horse to tell the horse it has to come into our world. To do it our way. Listen to me, I’m the boss. People do this in all walks of life. My thing is to let the horse be horse, go into his world and so try to cater to his needs, especially without violence.” 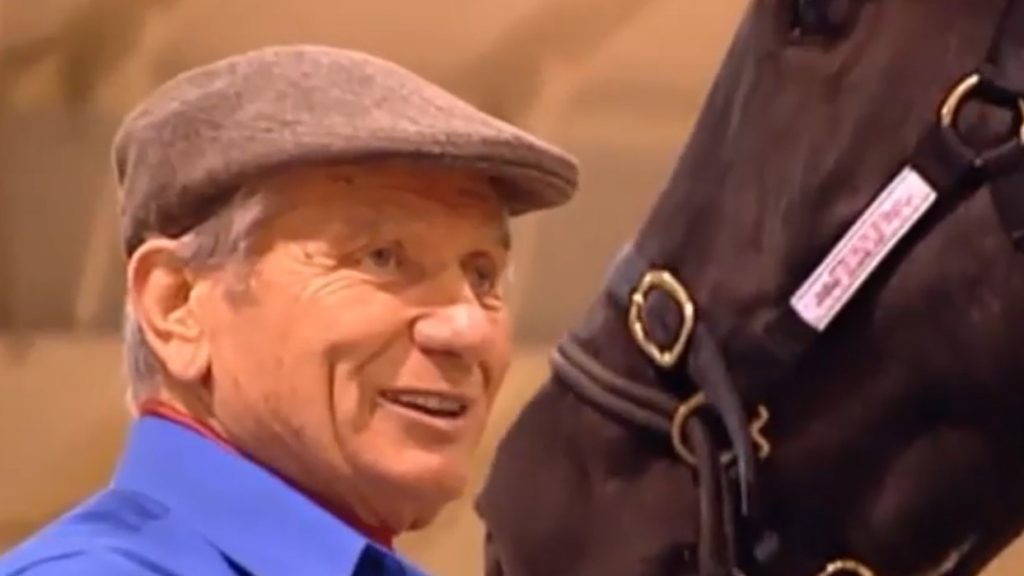 Then comes the big brown. Tears are already flowing with the horse owner in the audience. Monty wants to show the horse he can trust him. To shy away from a passing plastic bag – that doesn’t have to be. He swings wildly with a long rod of red-and-white flutter bands, but the brown is by no means convinced.

The most senior horse is the boss in a herd. It shows the others what they have to do and what to leave. Monty Roberts succumacts in no time that he becomes the boss in the twosome herd horse man. Monty Roberts makes stark announcements and tries in small steps to gain the confidence of the horse. He rubs over his back with the staff. They are not intractable tasks he demands, and Monty Roberts offers protection and safety and that’s what the big brown notices. The horse owner still cries: “Not to believe,” she says, “really not.” Meanwhile, Monty Roberts walks with the horse over a blue plastic tarpaulin lying in the half arena-just like through a creek. The big brown follows voluntarily and without a leash. Once trusted, the horse doesn’t question this anymore, either. It seeks its guiding animal, wants to be with it, even if it is a two-legged player. The apparent problem horse suddenly mutates into a gentle lamb within a very short time. So the big brown has learned something? 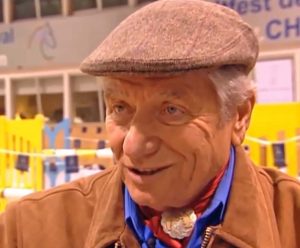 .The most famous phrase from the movie “Horse Whisperer” is probably: “I don’t help people who have problems with horses, but horses that have problems with people.” And at the end of the evening with Monty Roberts, you can understand that.

Once the horse has gained confidence in man, it follows him-even without a whip and violence. This is arguably the most important message that has made Monty Roberts so popular. Monty Roberts shows how people have to deal with their companions. At the end of the evening, all the people in the audience have to show that they too can be a guide animal.

How does Monty Roberts work?

Roberts believes the horse accepts the man as a herd leader because he prevailed before. Without violence. He chases the more rangnieous horse out of the herd. He studies exactly its gestures and once this shows submission gestures, it will be welcomed back into the shelter-giving herd. Horses are social animals, prefer society than being alone. Monty Roberts acts and the horse reacts.