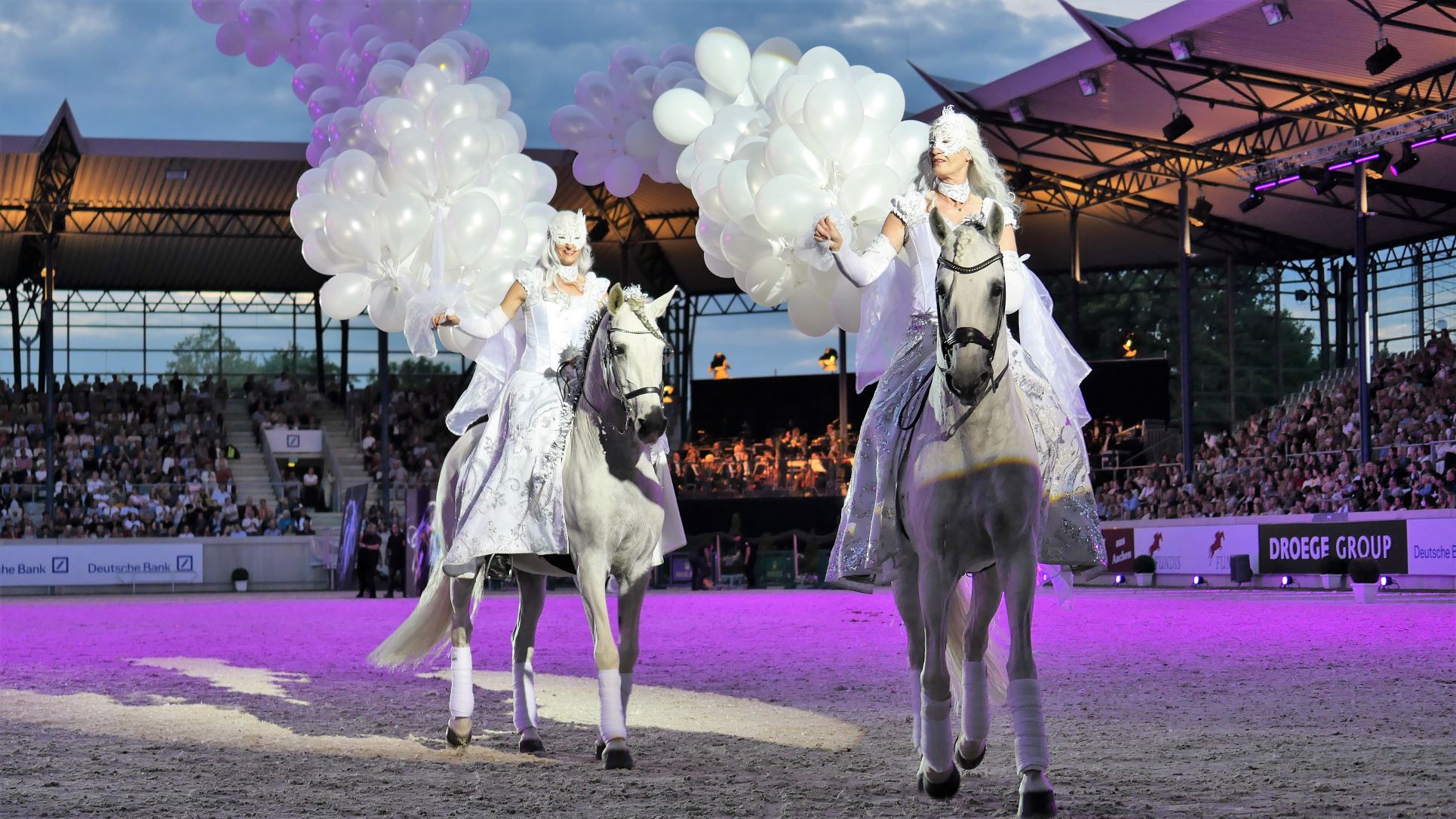 The competition lasts ten days and is the highlight of the international tournament calendar alongside the 2022 World Championships. 16 of the top 20 best riders in the world are at the start in Aachen this year and taking part there or winning one of the coveted competitions is the measure of all things for the athletes. Nevertheless, the CHIO Aachen is more than a horse show; many visitors come because there is a diverse supporting program in addition to the competitions. And that’s something to be proud of. For example, on the first weekend of the tournament, “Horse and Symphony”, a colorful show with music played live by the Aachen Symphony Orchestra. The dressage stadium is the largest of its kind in the world. Impressive colors emerge in the evening when night falls.

The supporting program is an important part of the event 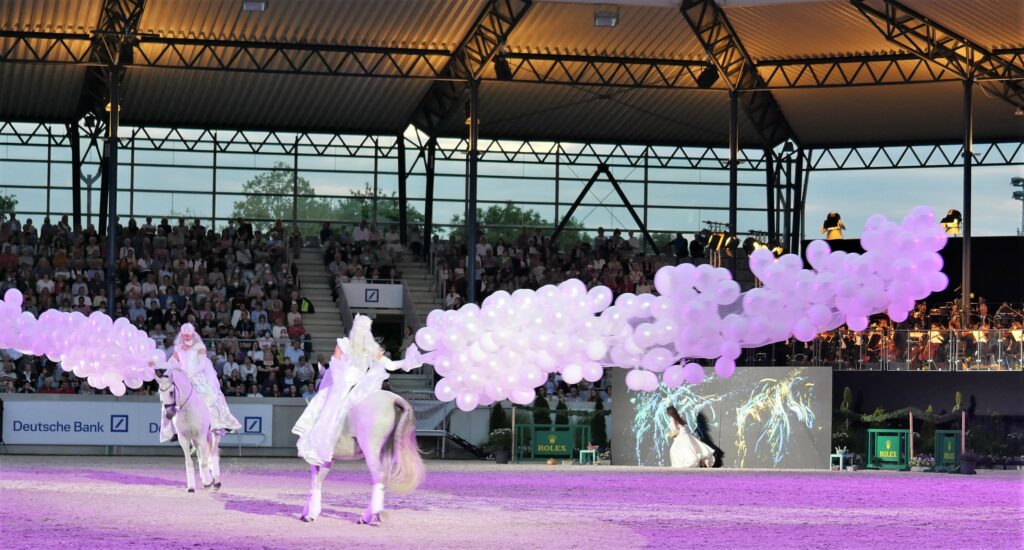 A total work of art is really being created here: while the two Spanish gray horses are being ridden by two riders from Mirage Espanol in high lessons, the artist Liska Llorca is painting this pas de deux live in the arena. 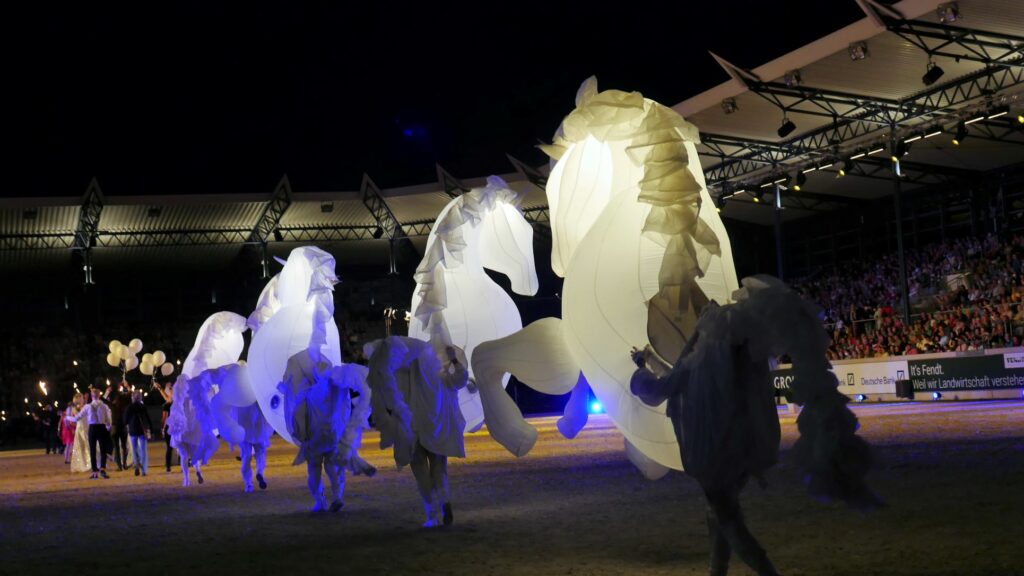 There are bipeds in these giant horses. The spectators were amazed by the elegance of these illuminated horses. 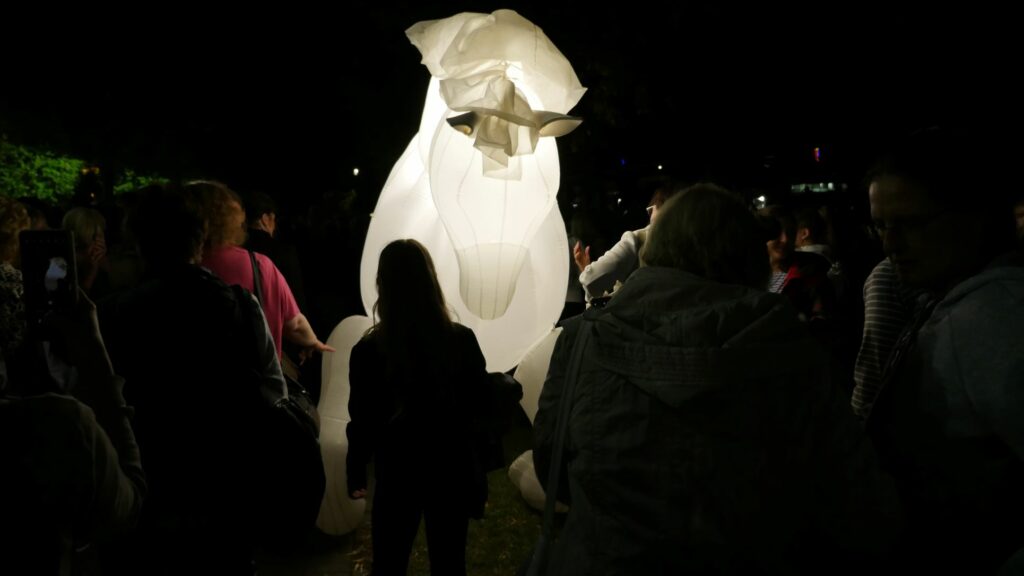 It is typical for Aachen to be very close to the audience. After the concert, the giant horses go straight to the people. Nobody goes straight home, because the sight is really magical.

If you want to see the show again, you can do so here.

A kind of equestrian Mecca with the most modern competition venues has emerged in Aachen. The tournament feels like it’s been around forever. Equestrian events were organized even before the Second World War. Completely different, of course, women still rode side-saddle, but there were already world championships in show jumping here in the 1950s. In 2006 the World Equestrian Games took place in Aachen, a lot has been rebuilt and the vaulting discipline has been firmly established at the CHIO Aachen ever since. This is particularly remarkable, because in addition to jumping, dressage, driving and eventing, the vaulters, the gymnasts on horseback, do not always find it easy to attract attention as equestrian athletes. 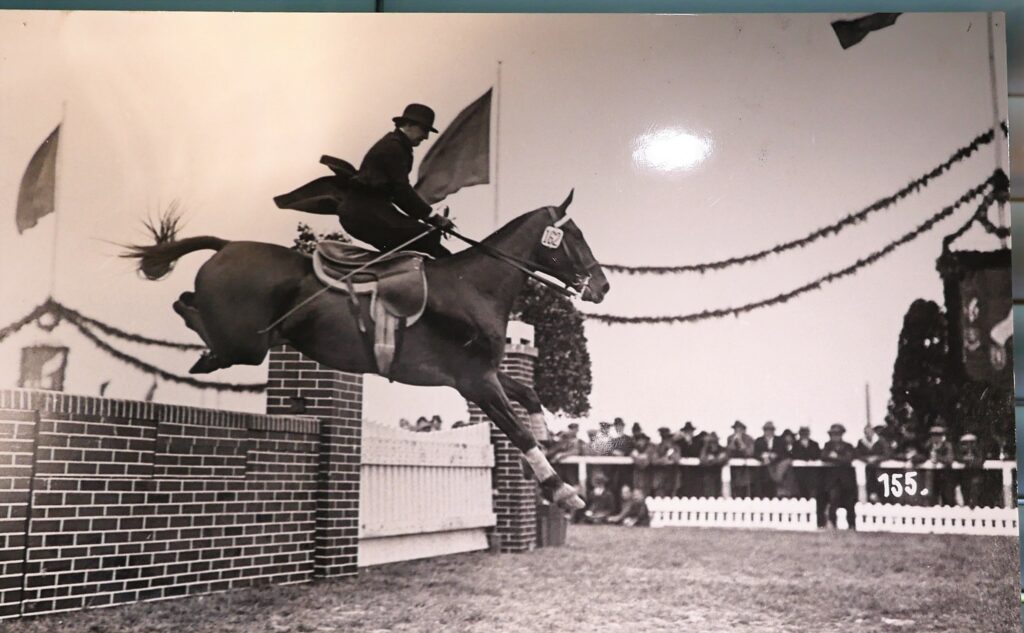 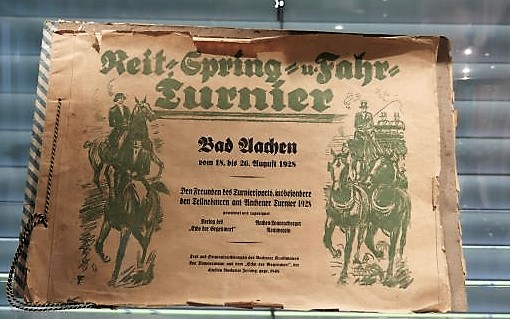 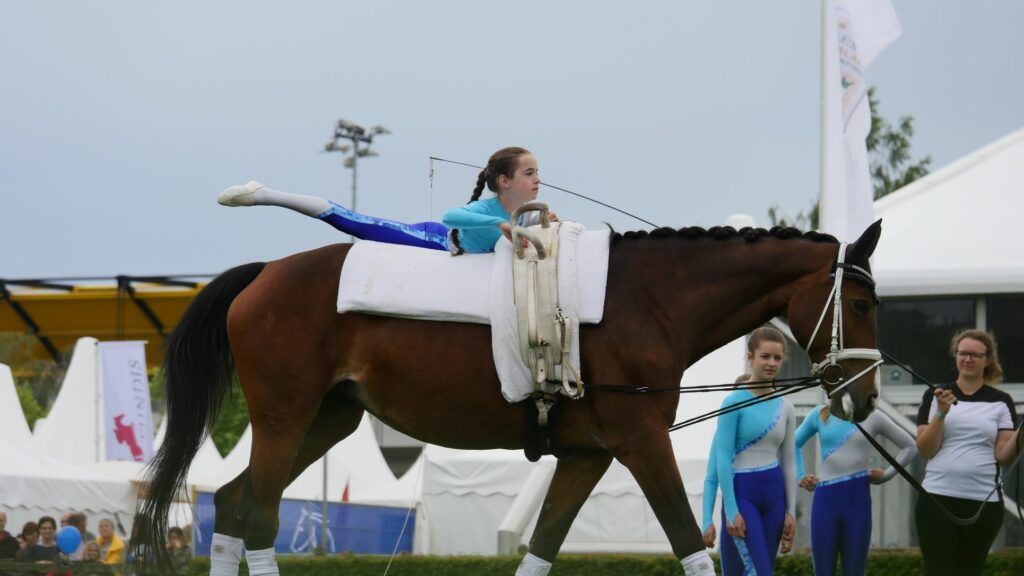 This is not a participant at the CHIO. But a girl who advertises her passion for horses on the fringes of competitions. She shows what vaulting is, gymnastics on a horse. 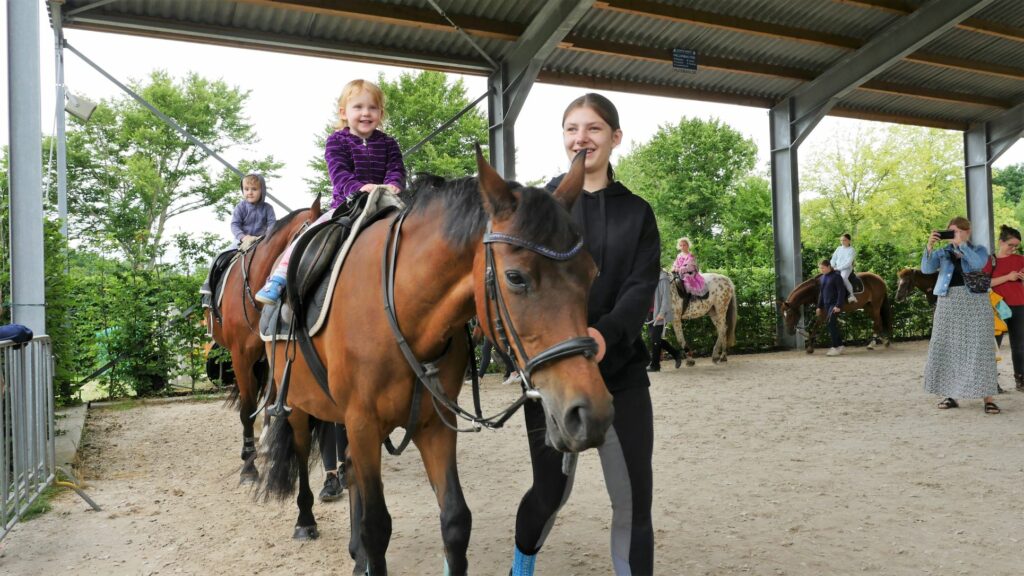 Anyone who has ever sat on a horse will feel how happy it can be. The organizers of the CHIO are clever, they look to the youngsters of tomorrow and offer exactly that: “Happiness on earth, on horseback.” Above all, those who feel how nice it is to ride are also a potential spectator of tomorrow. So there’s free trial riding at the CHIO Aachen. 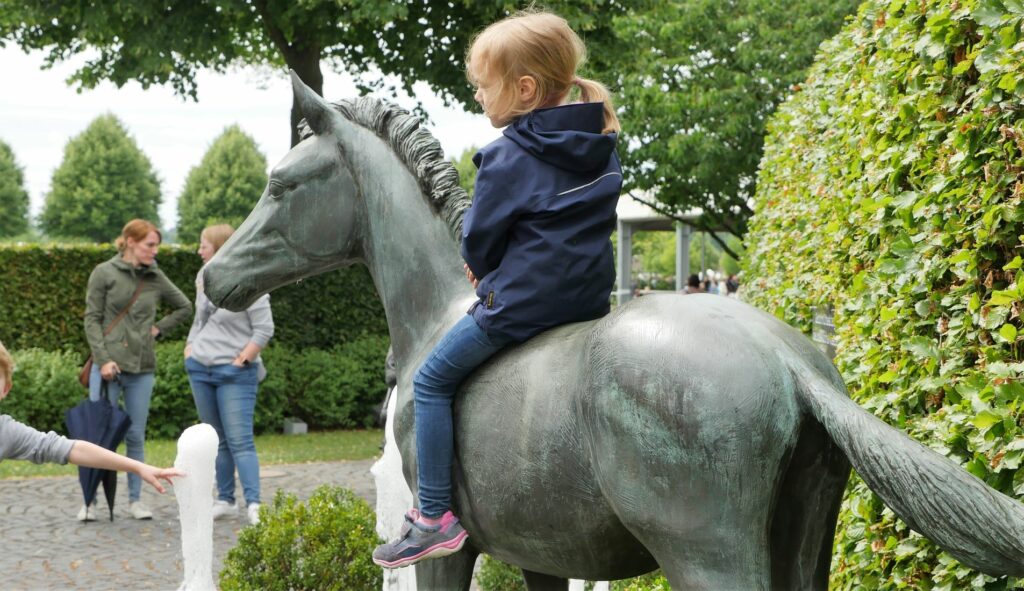 And anyone who sits happily on a horse sculpture as a young person is definitely a potential horse show visitor in the future.

That was just the start of the tournament in the first few days. More and more reports follow.

Meeting on the future of jumping