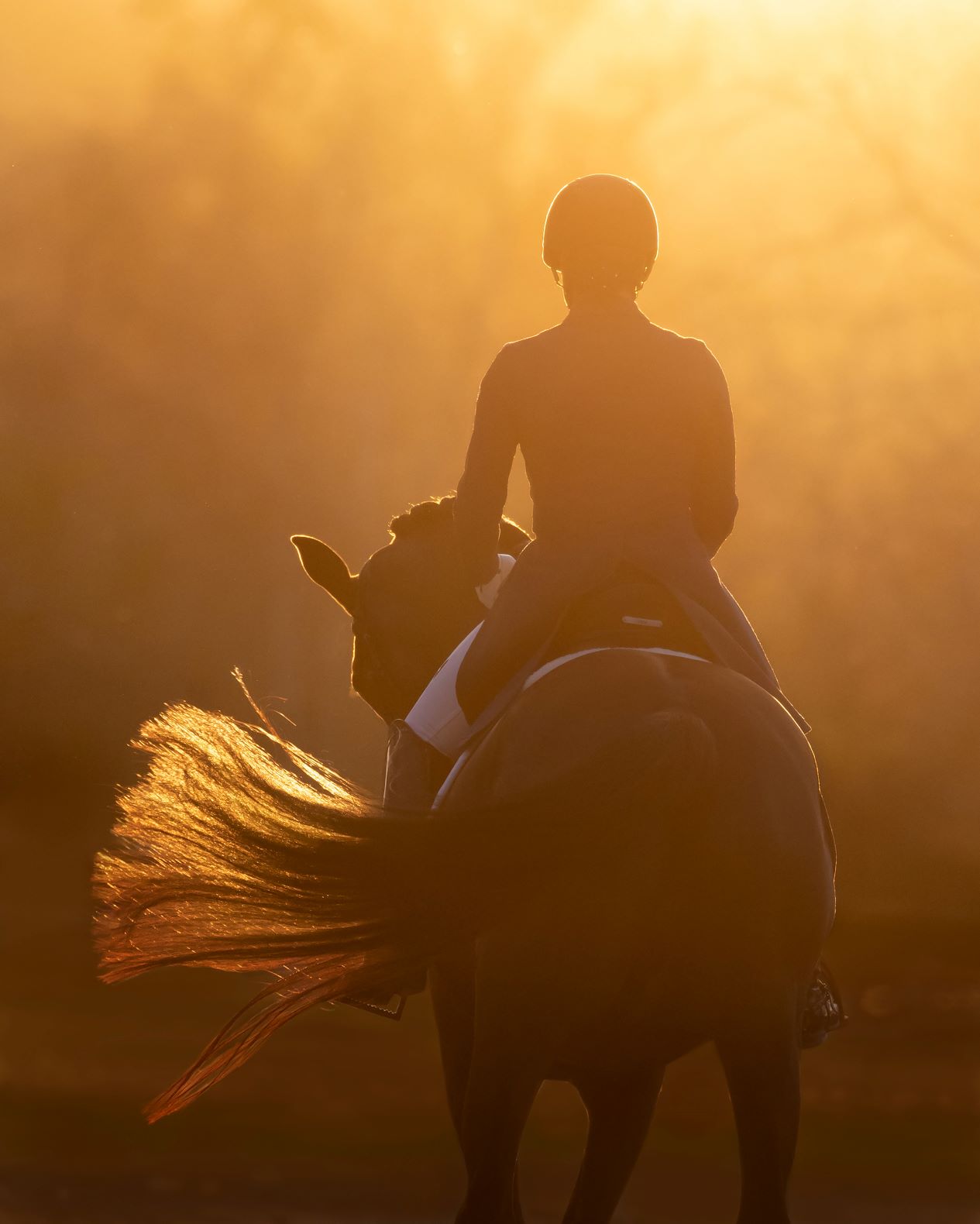 This is what a winning photo looks like. And not just any photo. It is the winning photo of the prestigious “Silver Camera” award, awarded for the best equestrian photo this year. It was made by the American Terri Miller.

Photographers need to understand a lot of this sport, must be able to anticipate situations and movements. But how do you create the special picture? Because many photographers stand in the same place at a tournament – they are precisely planned by the tournament management. It is not the case that you can choose a good place in the jumping course.

In addition, horses are fast, sometimes very fast and the next movement is by no means predictable. So taking the perfect photo is very difficult in equestrian sports. We live in times when countless photos are taken via smartphone in the shortest possible time, but really good photographs have something special. For the best international equestrian photo, the traditional media prize “Silver Camera” is awarded once a year at the CHIO Aachen. 103 photographs were submitted by photographers from all over the world. Nominated for this prestigious prize were: Christophe Bricot (France), Terri Miller (USA), Ashley Neuhof (USA).

This is the winning photo - Silver Camera for Terri Miller 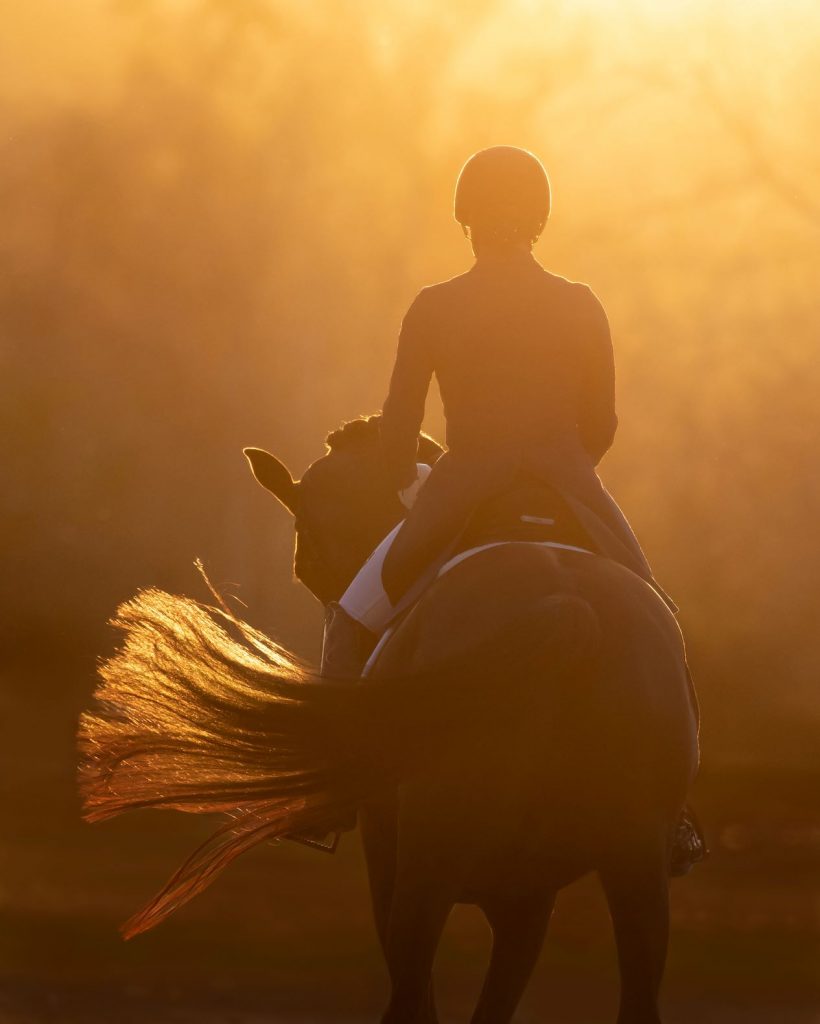 Now it is titled “Best International Horse Photo of 2018”. But who is the person behind?

Who is Terri Miller?

She is not only a photographer, she is also a painter and rider, she plays with light and takes unusual perspectives. Terri has photographed horses on five continents. Her photos have appeared in many publications. She lives in California. Some questions to Terri

What can you see on the winning photo and how did it come about?

“My winning photo, of Anna Buffini and Wilton II, was taken at Galway Downs in Temecula, CA (about halfway between Los Angeles and San Diego), during our West Coast Dressage Festival. It was January, and the sun was in exactly the right place for it to light up the warm up arena, and I waited about a half hour, hoping that the sun would get low enough to magically turn everything everything gold like this before my subjects left at their ride time. I was in luck, and got a series of shots that made me happy, but this one was my favorite. Interesting that a few weeks later I returned to this facility for the next show in the series, and the angle of the sun had changed enough that it no longer illuminated this ring!”

What does the price mean for you?

„It was extraordinary to be honored by the Silver Camera. The prize itself, the way it is presented, and the publicity surrounding it have all been a joyful experience. Even the airport screener congratulated me when I took the trophy out for security at Dusseldorf!“

Was it your first visit in Aachen?

“This was not my first trip to Aachen: I have been there in the past when my husband (Axel Steiner, retired FEI 5* dressage judge) was officiating, but it had been several years since our last visit.”

What does horses mean for you?

„Horses are my artistic muses, figuring in both my photographs and my paintings, and they are a large part of both our lives, even though we ride only occasionally. I of course met my husband at a dressage show!“

These are the other nominated pictures 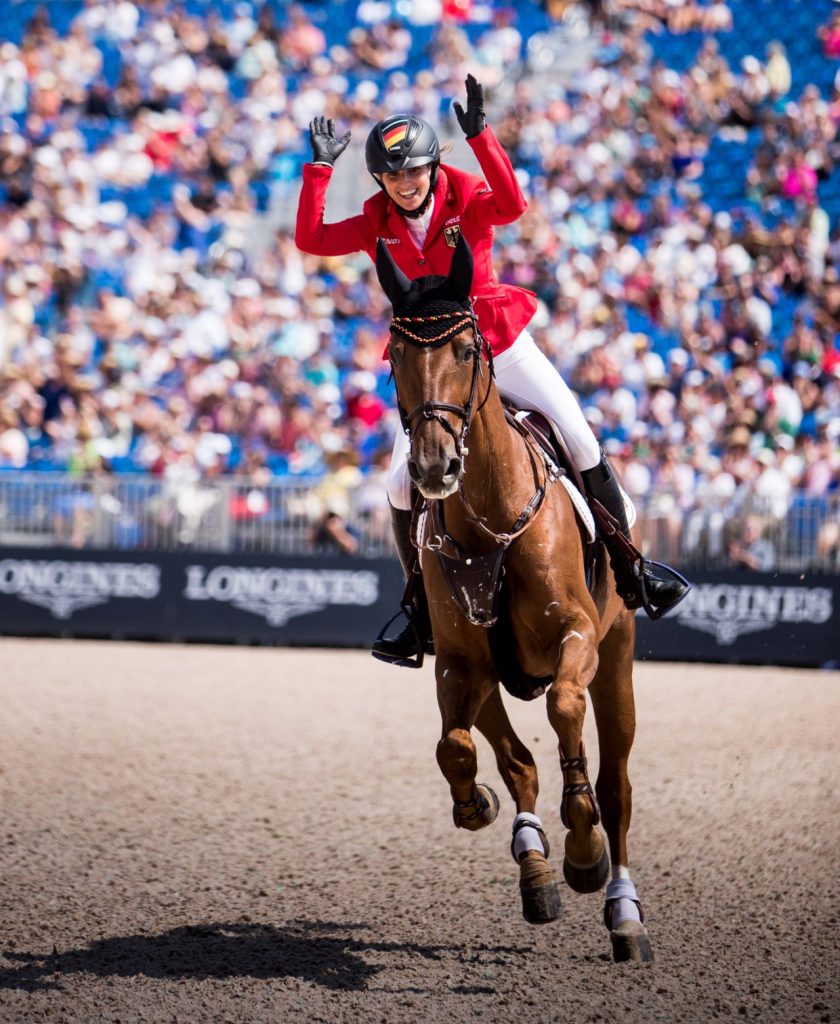 Red ribbon in the tail – what’s that supposed to mean?